To use the Character Generator, go to: 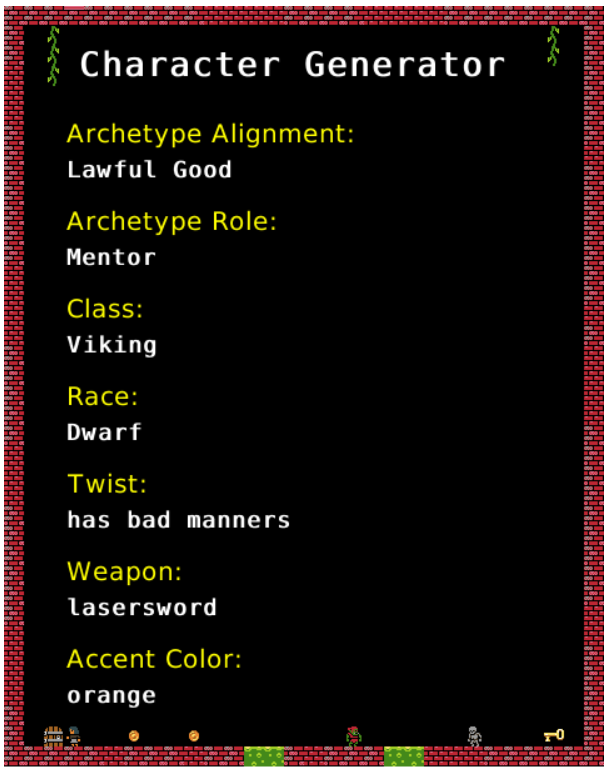 First draw out your character. 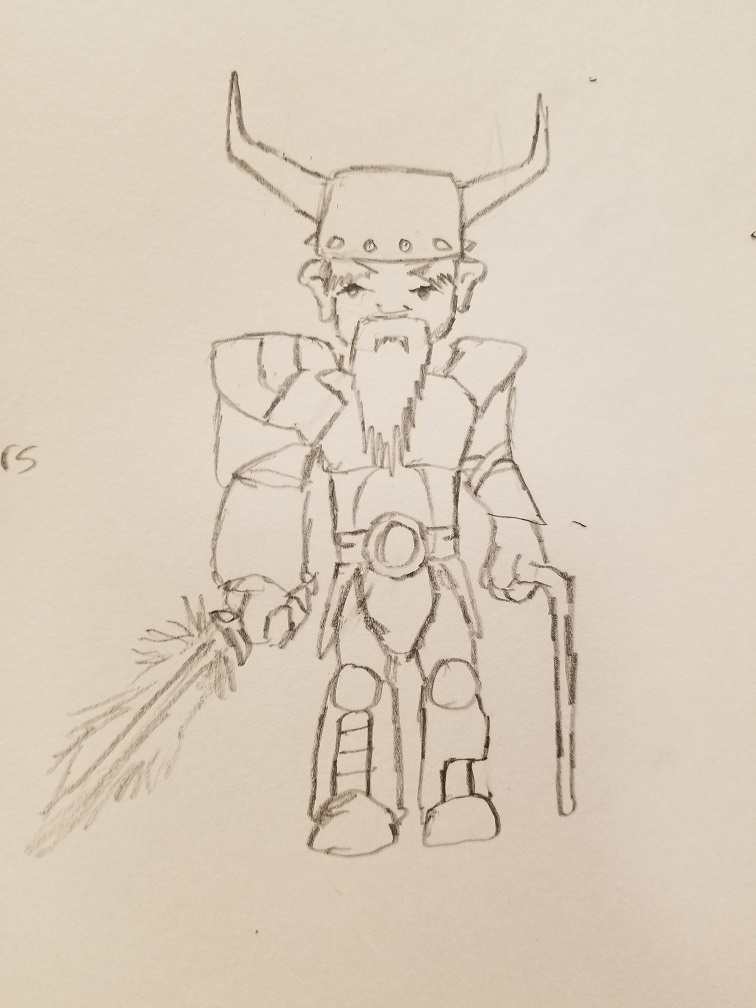 Then use piskelapp.com to create your character. You can animate it if you want. I suggest two frames and small movements.

To create a backstory of your character, go to the Story Idea Generator: 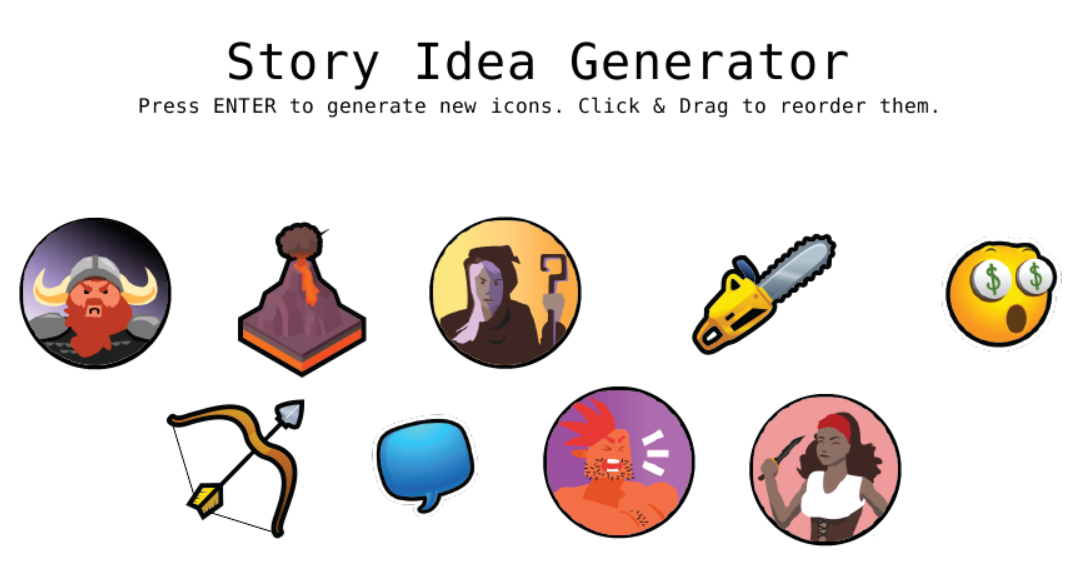 You can rearrange the icons as you work on your story. You can write your story on your drawing or type it on the computer.

Drog Felforn was a wise old dwarf that lived in the Charred Cliff City of Mount Vvarlem. His people worked hard using the molten heat to build weapons but most were very poor and much of their equipment had broken. A old dwarf witch came to him one day and he ignored her. She came to his door every single day for weeks. Drog was a good dwarf but burped a lot and liked to be alone.

Eventually, he listened. She told him to cut his ties with the city and go search for wealth and riches. Only then can the city have the money it needs. She had a vision of a magical bow that hit whatever the user aimed at. Such a weapon would fetch a fortune from some other kingdoms. Drog burped and asked, “Why ask an old dwarf like me?” She told him he would meet two other young adventurers that need his wisdom. The dwarf sighs and decides he will go on the adventure to help the city.

Now you will download these three files and put them in Piskel to make an animated, playable version of your character.

Do not include weapons.