Setting Up the Variables

Create a block and add a child script to it. Name the script “Scaling.” Start it with this code:

Inside the part next to the script, you need to create 3 new NumberValues.

Rather than changing numbers in the code to change how you scale, you will add in NumberValues. Make the Value of HeadScale and BodyScale 1. You can do that by changing Value in the Properties of each NumberValue. Set ScaleTimer to 10. This way you can change them easily rather than opening the code all the time.

The Script that Scales You 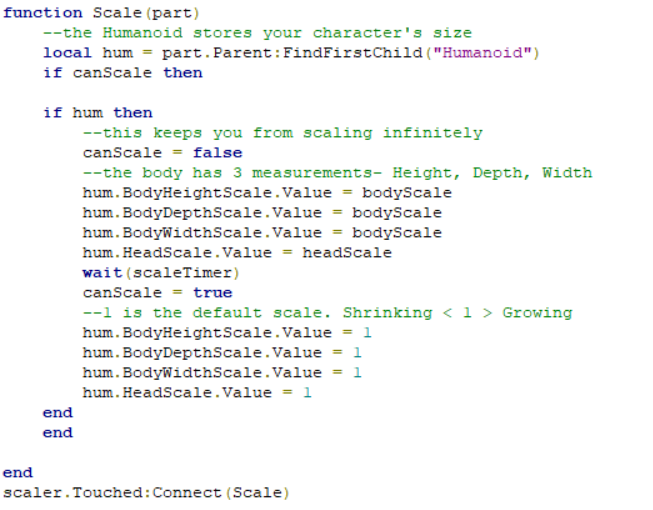 Once this is all implemented, you can change the scale of your character by touching the block.