Skill trees are a common aspect of many modern games. Via a graph, they represent the skills you can earn over time by gaining experience and sometimes items or areas. Many games have it laid out in a visual graph that you can access. Sometimes a developer just makes a tree to keep track of the abilities earned over time.

A recent example of a skill tree is found in Spiderman: 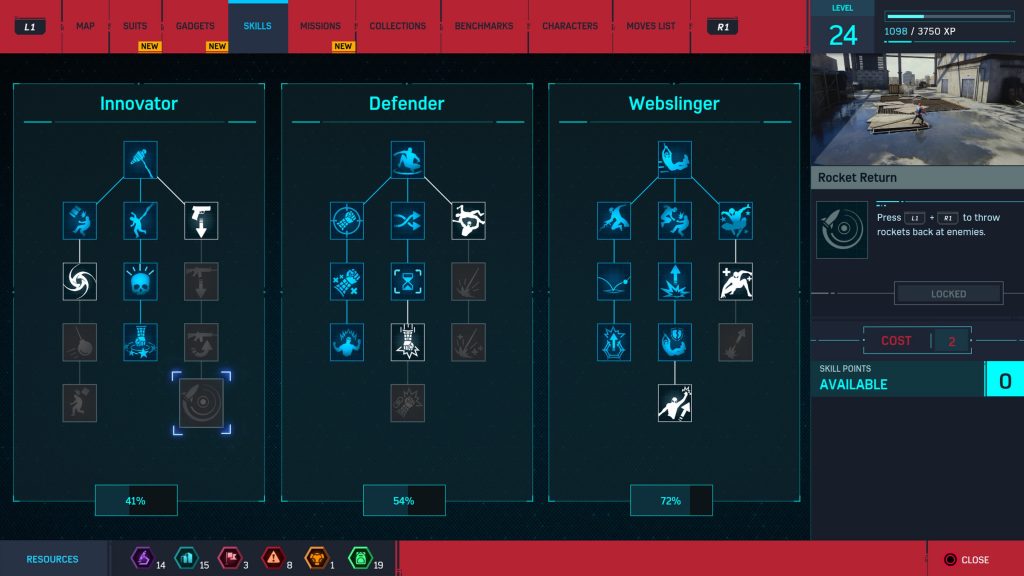 Skill trees depend on what kind of game you are designing. Each new step improves the skills you have to eventually having a “max level.” For an example, let’s say we are making a battle robot game. You fight on levels similar to Super Smash Bros. You have Armor, Gun, Melee, and Agility. You have parts that you can switch out and upgrade.

To make your skill tree, go to:

Once you have completed it, click this button and dowload as a JPG